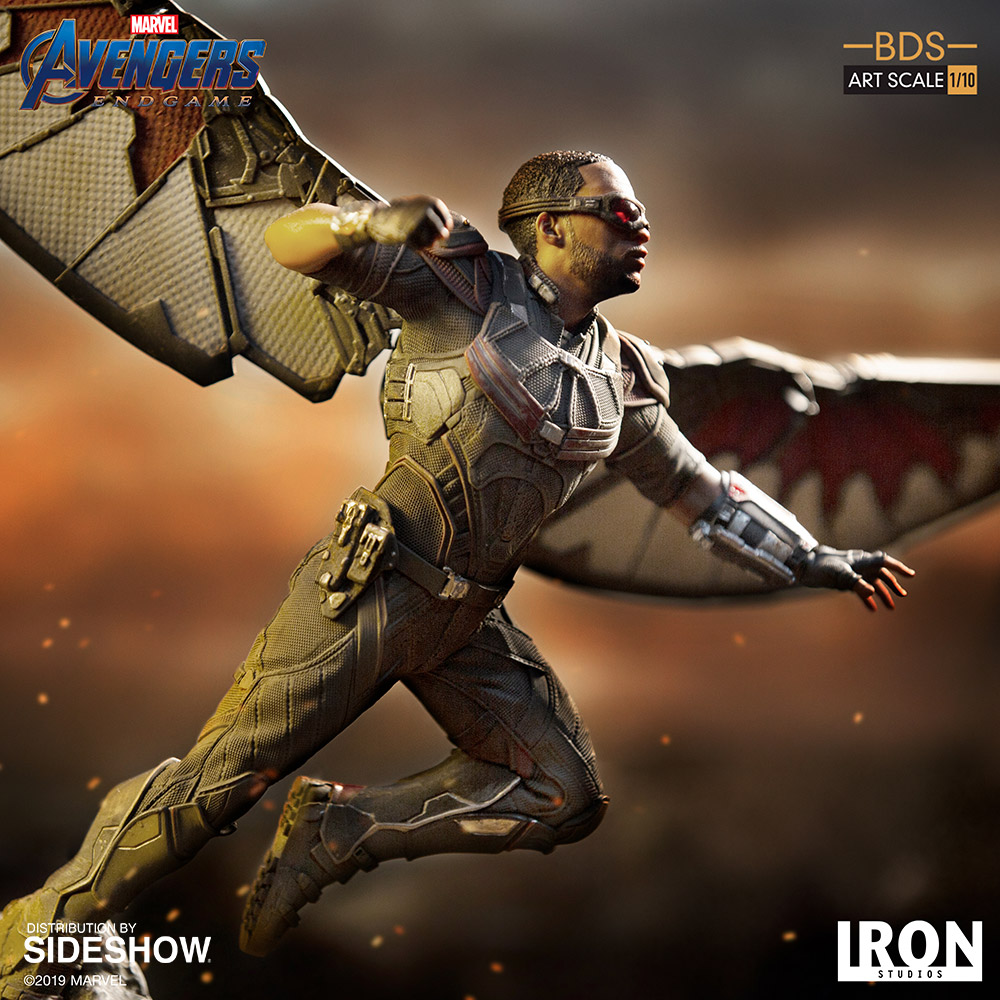 ABOUT THIS CONTEST Thank you for subscribing to the Let Your Geek Sideshow Newsletter! There are plenty of ways to enter this giveaway, but signing up for our newsletter and referring friends will gain you some serious entries! #SideshowCollectibles #LetYourGeekSideshow ABOUT THE PRIZE Falcon appeared in the Cinematic Marvel Universe for the first time in Captain America: The Winter Soldier (2014). Played by Anthony Mackie, he is Sam Wilson, a former Air Force officer who helps Captain America using the wings of experimental flight equipment. In Captain America: Civil War (2016) he won an accompanying drone called Red Wing, a homage to the hero's mascot-like bird in the comics. In Avengers: Endgame, the winged hero returns alongside the once snapped heroes to defend the Earth from Thanos. Sideshow and Iron Studios present new version of the Falcon 1:10 BDS Art Scale Statue to join the final battle diorama based on the movie. Avengers: Endgame fans, don't miss your chance to add Falcon to your collection. Click Here HOW TO ENTER There are a BUNCH of ways to enter to win with our contest platform! We DO need your name and email address in order to notify you if you win. None of your information will be shared with any third parties or even added to our own newsletter, unless you choose to opt in as one of your contest entry methods. Check out the list of all the awesome ways to enter and pick as many as you want!

How To Enter Giveaway

To unlock a Giveaway, you must complete a short market-research survey or offer.
This is done to make sure the giveaways are fair and honest, to combat bots and hackers from submitting invalid entries.
You will be rewarded for your time by allowing you to enter the giveaway.
Extra entries can be earned by sharing the page on your Facebook or Twitter.

We wish you good luck on your giveaway prize!
- The Think Giveaways Team